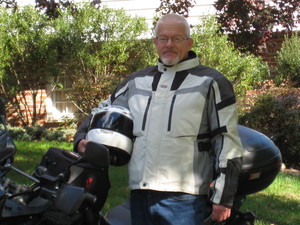 November 1, 2011
This 2010 FirstGear TPG Teton jacket was a great deal at MotorcycleGear.com! It had special October pricing and, as an extra incentive, a valuable gift card that could be redeemed once the jacket was received. I used the card to obtain a highly desired PinLock shield and inserts for my Shoei RF-1000 (purchased 4 years ago from NewEnough, which is now MotorcycleGear.com). I can also use the same visor combo on my next helmet purchase, a Shoei MultiTech (and probably from Motorcyclegear.com) As far as the TPG Teton, it's from the high-end line of First Gear (most of my gear is originally FirstGear from NewEnough!). It is loaded with quality features, all accurately described in "Our Two Cents". The only advice I must pass on to potential buyers is that this jacket ran smaller than normal. I wear an XL-Tall and ordered one, but had to exchange for an XXL-Tall. The XL was too tight in the chest; the XXL fits perfectly (like my other XL FirstGear jacket; I'm 6'2" 220 lbs). Of course, the exchange process with MotorcycleGear is painless. Since I received the jacket in late October, temps during my commute have dropped as low as 36 degrees F, and this jacket does the job! The generous neck opening and front zipper are securely covered by a flap with snap fittings; keeps the wind out and will last far longer than velcro. I also like that they have incorporated more reflective material than in the past, as my commute is during the dark in the winter months. To sum it up, this was a great deal from a great company that I have come to rely on. Both FirstGear and Motorcyclegear.com are my go-to source for quality products! Best regards - Don